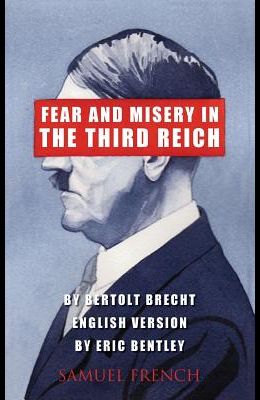 Fear and Misery in the Third Reich

by
Bertolt Brecht and Eric Bentley

Brecht presents the vivid and changing scene of Hitler's war machine. There is a worker who only mumbles Heil Hitlers and a S.A. man whose suspicion of him is enough to mark him for life. There is an assaulted Jew who did no wrong and a judge who has a tragic inclination to be just. There are a mother and father who have good cause to fear that their son has informed on them. The war machine moves across Europe, bringing ruin and misery everywhere.