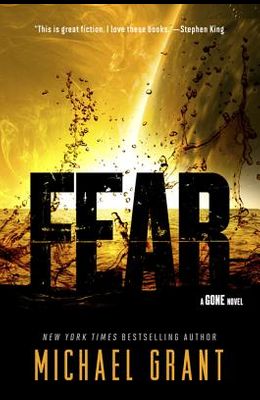 Book #5 in the Gone Series
by
Michael Grant

It's been nearly a year since every person over the age of 14 disappeared from the town of Perdido Beach, California. As the series comes to a close in this fifth and penultimate book of the series, things are turning even grimmer.

From the Back Cover It's been one year since all the adults disappeared. Gone. despite the hunger, despite the lies, even despite the plague, the kids of Perdido Beach are determined to survive. Creeping into the tenuous new world they've built, though, is the worst incarnation yet of the enemy known as the Darkness: fear. Within the FAYZ, life breaks down while the Darkness takes over--turning the dome-world of the FAYZ entirely black. A will to survive and a desire to take care of those they love endures in this ravaged band, even in the bleakest moments. But in darkness, the worst fears of all emerge, and the cruelest of intentions are carried out. After so many months, is all about to be lost in the FAYZ?