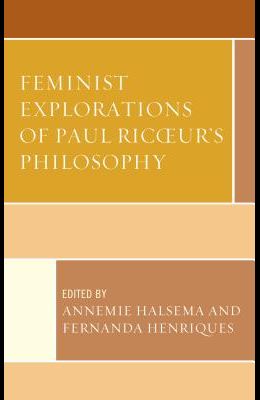 by
Annemie Halsema and Fernanda Henriques and Morny Joy

This book for the first time brings together considerations upon the feminine in relation to Paul Ricoeur s thinking. It aims at showing the rich potential of his thought for feminist theory, without eschewing to critically scrutinize it and to show its limitations with respect to thinking gender differences. Fourteen renowned scholars, who have published extensively on Ricoeur, as well as young promising scholars are gathered in the volume. In the first part, Ricoeur and the Feminine, Ricoeur s work is taken as the starting point for a reflection upon the position of women, the feminine, and the capable female subject. In the second part, Discourse, Critique and Recognition, the dialogue between Ricoeur and feminist authors such as Simone de Beauvoir, Judith Butler, Nancy Fraser, and Rosemary Radford Reuther enables us to think through not only socially relevant notions such as discourse, recognition, and justice, but also feminist theological themes such as the divine. In the third part, New Directions for Feminism, Ricoeurian notions and ideas are the starting point for reflections upon new perspectives for feminist philosophy, black feminist thought and feminist theology. Here the fertility of Ricoeur s philosophy for feminism is developed to its full extent.