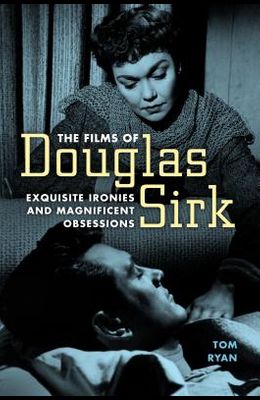 Best known for powerful 1950s melodramas like All That Heaven Allows, Written on the Wind, The Tarnished Angels, and Imitation of Life, Douglas Sirk (1897-1987) brought to all his work a distinctive style that led to his reputation as one of twentieth-century film's great directors. Sirk worked in Europe during the 1930s, mainly for Germany's UFA studios, and then in America in the 1940s and '50s. The Films of Douglas Sirk: Exquisite Ironies and Magnificent Obsessions provides an overview of his entire career, including Sirk's work on musicals, comedies, thrillers, war movies, and westerns. One of the great ironists of the cinema, Sirk believed rules were there to be broken. Whether defying the decrees of Nazi authorities trying to turn film into propaganda or arguing with studios that insisted characters' problems should always be solved and that endings should always restore order, what Sirk called emergency exits for audiences, Sirk always fought for his vision. Offering fresh insights into all of the director's films and situating them in the culture of their times, critic Tom Ryan also incorporates extensive interview material drawn from a variety of sources, including his own conversations with the director. Furthermore, his enlightening study undertakes a detailed reconsideration of the generally overlooked novels and plays that served as sources for Sirk's films, as well as providing a critical survey of previous Sirk commentary, from the time of the director's rediscovery in the late 1960s up to the present day.