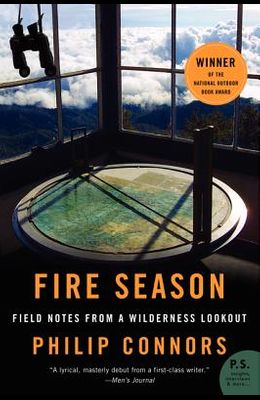 For nearly a decade, Connors spent half the year in a 7-foot x 7-foot tower, 10,000 feet above sea level in remote New Mexico, keeping watch over the Gila National Forest, one of the most fire-prone areas in the country. Fire Season is his remarkable reflection on work, man's place in the wild, and the charms of solitude.

From the Back Cover For a decade Philip Connors has spent nearly half of each year in a 7' x 7' fire lookout tower, 10,000 feet above sea level, keeping watch over one of the most fire-prone forests in America. Fire Season is his remarkable reflection on work, untamed fire, our place in the wild, and the charms of solitude. Written with narrative verve and startling beauty, and filled with heartfelt reflections on his literary forebears who also served as freaks on the peaks--among them Edward Abbey, Jack Kerouac, and Norman Maclean-- Fire Season is a book to stand the test of time.