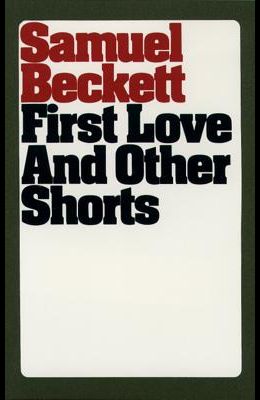 First Love and Other Shorts

The volume brings together six previously uncollected works by the Nobel Prize-winning writer, among them a major work of fiction, First Love , which he began in French in 1946 but didn't finish translating into English until 1972. Also included is the stage work, Not I , which premiered at Lincoln Center in New York in 1972. The story of First Love , a man's musings about his youth occasioned by his visit to his father's grave, is designated by its title. Christopher Ricks, in New Statesman , described it as follows: The cracked and crackling narrator of First Love who tells of how he met a woman on a bench, went back to live with her, and left her as she was giving birth to his child-has all the pertinacity of that bone-deep fatigue which gives Beckett's decrepit figures (ruined leech-gatherers) their ruthless strength, their rigor, not mortis but of moribundity. In Not I , a Mouth resembling a throbbing wound in the dark, discharges words that, in Ruby Cohn's phrase, 'musically shape a Beckettian life. Beginning with birth-out into this world -a female voice tells of a sudden April onslaught of words, undergone by a woman nearing the age of seventy. At its premiere, Clive Barnes in The New York Times called it 'superb, and Martin Gottfried of Women's Wear Daily said it was a major theatrical and literary event . . . very beautiful and deeply moving-a small and unique masterpiece. From an Abandoned Work , written in English in 1956, tells the story of a narrator's three-day journey in his youth, turning his back on his weeping mother. Imagination Dead Imagine , written in French in 1965 and translated by the author two years later, focuses on two white bodies, each inscribed in its semi-circle, in a rotunda empty of objects. Enough , written in French a few months after Imagination Dead Imagine , and also translated into English in 1967, has a nameless narrator in a timeless presence reliving her activities with him. The volume concludes with Ping , one of the three French pieces written during 1965-66 and translated in 1967, and the short piece for the stage, Breath , which comes from the same period. Of Ping , Ruby Cohn has said: In its text of 1030 words (in English), a mere 120 are permuted and combined into one of the most remarkable verbal melodies ever written. Few writers have explored more genres than Samuel Beckett-essay, poem, story, novel, play, mime, radio play, and film.

Frequently Asked Questions About First Love and Other Shorts

0
|   0  reviews
Did you read First Love and Other Shorts? Please provide your feedback and rating to help other readers.
Write Review

List of All Editions of First Love and Other Shorts