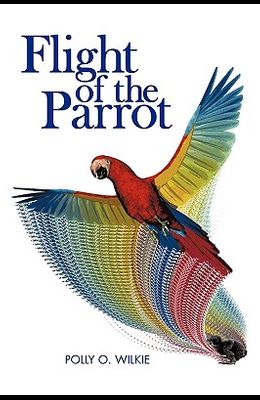 Flight of the Parrot

Polly Wilkie wrote this book to inspire others to expand their horizons no matter what their beginnings were or the circumstances from which they came. Polly expresses the emotions brought forth by writing this book in the following quote, During this time, I felt as if I was shedding the skin of my past. I felt as if Polly the Parrot was taking flight. I could stay a victim of circumstances or I could change the course of my flight path. The book is a life history starting with her great grand parent's oil exploration in Illinois. Polly continues to tell the story of how with only a sixth grade education her great grandfather became a member of the board of directors of a savings and loan bank. He also owned a coal mine. Polly tells how her grandparents raised eight children and the tragedies they endured. Her grandfather was a part time minister who delivered the St Louis Globe Newspaper to the local small town farmers during the week. Polly's family had many difficulties due to her father's illness which eventually lead to him becoming a drug addict. The family consisted of two children. Polly's tells what a very important roll her grandparents, aunts, and uncles played in her daily life. They were always there for her due to her father's illness when she was very small. The author shares with her readers the secrets of why she did and felt so many things that were based on her past experiences. It all comes out after her visit with a hypnotist. The realities of her past are revealed.

List of All Editions of Flight of the Parrot