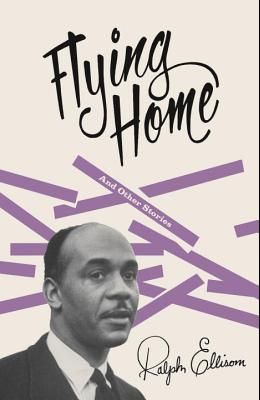 Flying Home: And Other Stories

These 13 stories--six of which remained unpublished during Ralph Ellison's lifetime and were discovered among his effects by his literary executor--represent an extravagant last bequest from the author of the classic Invisible Man. Diverse in mood and setting, and incorporating a stunning array of influences, they are nonetheless pure Ellison: morally complex, musically layered and, even at their grimmest, irresistibly ebullient.

From the front Cover Written between 1937 and 1954 and now available in paperback for the first time, these thirteen stories are a potent distillation of the genius of Ralph Ellison. Six of them remained unpublished during Ellison's lifetime and were discovered among the author's effects in a folder labeled Early Stories. But they all bear the hallmarks--the thematic reach, musically layered voices, and sheer ebullience--that Ellison would bring to his classic Invisible Man. The tales in Flying Home range in setting from the Jim Crow South to a Harlem bingo parlor, from the hobo jungles of the Great Depression to Wales during the Second World War. By turns lyrical, scathing, touching, and transcendently wise, Flying Home and Other Stories is a historic volume, an extravagant last bequest from a giant of our literature.

Books similiar to Flying Home: And Other Stories

List of All Editions of Flying Home: And Other Stories