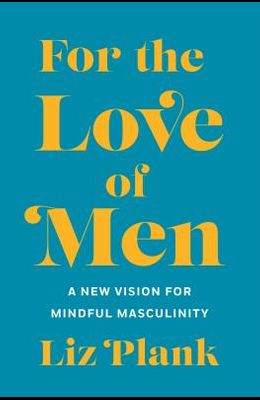 For the Love of Men: From Toxic to a More Mindful Masculinity

A nonfiction investigation into masculinity, For The Love of Men provides actionable steps for how to be a man in the modern world, while also exploring how being a man in the world has evolved. In 2019, traditional masculinity is both rewarded and sanctioned. Men grow up being told that boys don't cry and dolls are for girls (a newer phenomenon than you might realize--gendered toys came back in vogue as recently as the 80s). They learn they must hide their feelings and anxieties, that their masculinity must constantly be proven. They must be the breadwinners, they must be the romantic pursuers. This hasn't been good for the culture at large: 99% of school shooters are male; men in fraternities are 300% ( ) more likely to commit rape; a woman serving in uniform has a higher likelihood of being assaulted by a fellow soldier than to be killed by enemy fire. In For the Love of Men , Liz offers a smart, insightful, and deeply-researched guide for what we're all going to do about toxic masculinity. For both women looking to guide the men in their lives and men who want to do better and just don't know how, For the Love of Men will lead the conversation on men's issues in a society where so much is changing, but gender roles have remained strangely stagnant. What are we going to do about men? Liz Plank has the answer. And it has the possibility to change the world for men and women alike.

Books similiar to For the Love of Men: From Toxic to a More Mindful Masculinity

List of All Editions of For the Love of Men: From Toxic to a More Mindful Masculinity