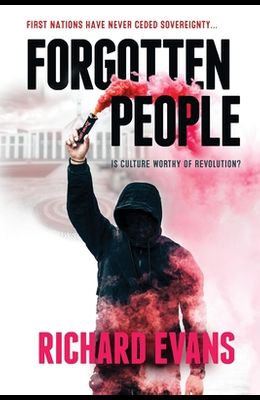 She wants her culture and country back. Independence was never ceded, and she will do whatever it takes to get it back, including the ultimate sacrifice. When government peace talks stop, revolution begins. Should a government be obliged to negotiate a treaty with First Nations, ending decades of discrimination and disrespect for the Forgotten People, or will it defeat the revolutionaries fighting for justice in this gripping Australian political thriller? Revolutionary leader, Nellie Millergoorra, campaigns for an aboriginal homeland to preserve indigenous culture by advocating the prohibition of mining in Arnhem Land using a United Nations declaration to convince a disrespectful government to sign a treaty. Nellie will do whatever it takes to finally gain independence and end government regulation over her people. When there is no agreement, she recruits mercenary special forces to inflame community chaos establishing an explosive aboriginal revolutionary movement. Using high-tech intervention, the mercenaries destablise the national energy grid starting a fanatical revolution with chaos on the streets. Their secret intent is to embezzle money when security systems are disabled. A contemptuous government is forced to the negotiation table to agree on a peace agreement putting an end to the escalating hostile revolution. Millergoorra wants more and demands sovereignty for First Nations, proclaiming a partitioned homeland is non-negotiable. In a surprising confrontation with a reluctant prime minister, who is threatened with an ultimatum he can't ignore, Millergoorra negotiates a treaty whilst facing her own battle for survival. Forgotten People is gripping political thriller featuring surprising plot twists, compelling characters, and a kick-arse female heroine. If you like fast paced, page-turning thrillers then Richard Evans' third book will not disappoint you. Buy Forgotten People today and join the revolution. I thoroughly enjoyed the book and did not want to put the book down, but neither did I want the story to end Congratulations - TRINITY MARKETING ' This is an outstanding debut from Evans, and this terrific read comes highly recommended.' - GOODREADS 'From former Federal MP Richard Evans comes this exceptional political thriller ...' - CANBERRA WEEKLY