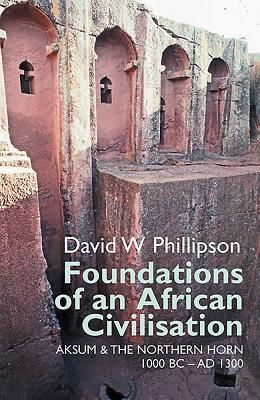 Foundations of an African Civilisation: Aksum and the Northern Horn, 1000 BC - Ad 1300

This well-illustrated book provides an up-to-date survey of a key period in the history of northern Ethiopia and south-central Eritrea. It is accessible to the general reader, but its comprehensive references and guidance to controversies and research needs will render it invaluable to specialists and students. It considers how the region's literate communities arose and flourished during the last millennium BC, giving rise to the Aksumite civilisation whose achievements and intercontinental significance are increasingly recognised, and which formed an integral but often neglected component of the Christian world in Late Antiquity. Aksum is now seen as the ancestor of the region's medieval Christian kingdom whose churches and associated art continue to attract many visitors to Ethiopia. David W. Phillipson is Emeritus Professor of African Archaeology and former Director of the University Museum of Archaeology & Anthropology, Cambridge. In 2014 he was made an Associate Fellow of the Ethiopian Academy of Sciences. Published in association with the British Institute in Eastern Africa. Ethiopia: Addis Ababa University Press