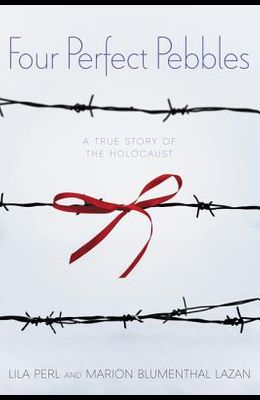 Four Perfect Pebbles: A True Story of the Holocaust

The twentieth-anniversary edition of Marion Blumenthal Lazan's acclaimed Holocaust memoir features new material by the author, a reading group guide, a map, and additional photographs. The writing is direct, devastating, with no rhetoric or exploitation. The truth is in what's said and in what is left out.--ALA Booklist (starred review) Marion Blumenthal Lazan's unforgettable and acclaimed memoir recalls the devastating years that shaped her childhood. Following Hitler's rise to power, the Blumenthal family--father, mother, Marion, and her brother, Albert--were trapped in Nazi Germany. They managed eventually to get to Holland, but soon thereafter it was occupied by the Nazis. For the next six and a half years the Blumenthals were forced to live in refugee, transit, and prison camps, including Westerbork in Holland and Bergen-Belsen in Germany, before finally making it to the United States. Their story is one of horror and hardship, but it is also a story of courage, hope, and the will to survive. Four Perfect Pebbles features forty archival photographs, including several new to this edition, an epilogue, a bibliography, a map, a reading group guide, an index, and a new afterword by the author. First published in 1996, the book was an ALA Notable Book, an ALA Quick Pick for Reluctant Readers, and IRA Young Adults' Choice, and a Notable Trade Book in the Field of Social Studies, and the recipient of many other honors. A harrowing and often moving account.-- School Library Journal

Books similiar to Four Perfect Pebbles: A True Story of the Holocaust

List of All Editions of Four Perfect Pebbles: A True Story of the Holocaust