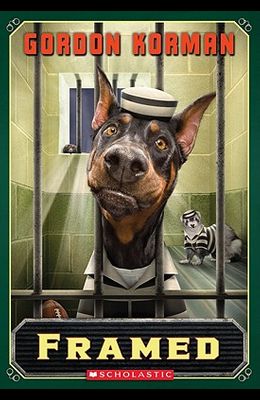 Book #3 in the Swindle Series
by
Gordon Korman

The hilarious third SWINDLE book - now in paperback Griffin Bing's new principal doesn't like him. And Griffin doesn't like the boot camp football atmosphere the new principal has brought. Griffin manages to stay out of trouble -- until a Super Bowl ring disappears from the school's display case, with Griffin's retainer left in its place. Griffin has been framed Unfortunately, the Man doesn't have a Plan - and everything his team tries to find out who really took the ring backfires. Griffin ends up in an alternate school, then under house arrest, and finally with an electronic anklet - with no way to prove his innocence Griffin smells a rat - but will he be able to solve the mystery in time?