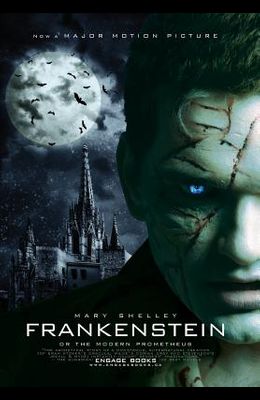 by
Mary Shelley and Theodor VonHolst

Victor Frankenstein is consumed by his desire to discover the secrets of life. After several years of research, Victor feverishly constructs a man out of old body parts and brings him to life. Victor is immediately horrified by his ambitious creation, and flees his apartment in remorse. The newborn monster disappears from Frankenstein's laboratory and enters the world as an outcast, struggling with his own identity. What follows is a gripping tale of murder, injustice, and revenge. Since 1818 Frankenstein has been associated with scientists who are consumed with their experiments, and oblivious to the repercussions. Among them are the brains behind the nuclear arms race, scientists who create super bacteria, and laboratories that experiment with artificial black holes. But most notably is the area of science devoted to gene manipulation, both in genetically modified foods and human cloning. Frankenstein has much to teach us in a world where we constantly test the limits of science and human ambition.