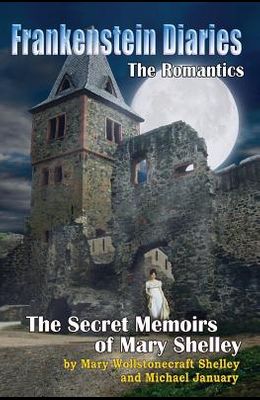 Frankenstein Diaries: The Romantics: The Secret Memoirs of Mary Shelley

by
Mary Shelley and Michael January

The real love story of Frankenstein. In 1814, two years before the notorious Gothic Summer in Geneva, 16 year old Mary Godwin eloped to Paris with the 22 year old poet, Percy Bysshe Shelley, inviting Mary's 15 year old step-sister Claire Claremont to go with them. They would walk across war ravaged France to Switzerland and up the Rhine River to a castle called Frankenstein. Three years later Mary would publish the diaries she kept of that journey of two teenage girls and the poet of free love. In the published version of A History of a Six Week's Tour she would tell where they went and what they saw, but she never revealed the true secrets of that trip, from where a later inspiration arose. Here now, for the first time is revealed the secret personal life of the author of Frankenstein on that tour and beyond.