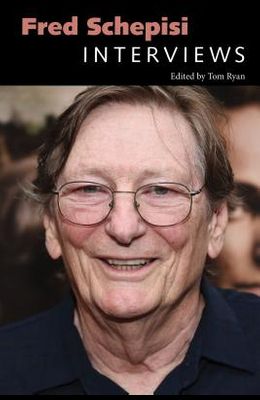 Part of the Conversations With Filmmakers Series
by
Tom Ryan

In the New Yorker , Stephen Schiff has described Fred Schepisi (b. 1939) as probably the least-known great director working in the mainstream American cinema--a master storyteller with a serenely muscular style that can make more flamboyant moviemakers look coarse and overweening. Schepisi's launch in Australia during the country's film renaissance of the 1970s and his ongoing international work have rightfully earned him a reputation as an actors' director. But he has also become a skillful stylist, forging his own way as he works alongside a talented team of collaborators. This volume includes twenty interviews with Schepisi and two with longtime collaborators, cinematographer Ian Baker and composer Paul Grabowsky. The interviews trace the filmmaker's career from his beginnings in advertising, through his two early Australian features-- The Devil's Playground and The Chant of Jimmie Blacksmith --to his subsequent work in the United States and beyond on films as various as Plenty , Roxanne , A Cry in the Dark , The Russia House , Six Degrees of Separation , Empire Falls , Last Orders , and Eye of the Storm . Schepisi's films are diverse thematically and visually. In what is effectively a master class on film direction, Schepisi discusses his creative choices and his work with actors and collaborators behind the scenes. In the process, he provides a goldmine of insights into his films, his filmmaking style, and what makes him tick as an artist.

Conversations With Filmmakers Series In Order - By Tom Ryan