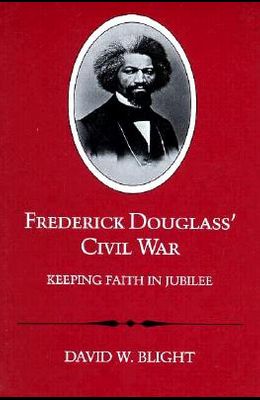 In this sensitive intellectual biography David W. Blight undertakes the first systematic analysis of the impact of the Civil War on Frederick Douglass' life and thought, offering new insights into the meaning of the war in American history and in the Afro-American experience. Frederick Douglass' Civil War follows Douglass' intellectual and personal growth from the political crises of the 1850s through secession, war, black enlistment, emancipation, and Reconstruction. This book provides an engrossing story of Douglass' development of a social identity in relation to transforming events, and demonstrates that he saw the Civil War as the Second American Revolution, and himself as one of the founders of a new nation. Through Douglass' life, his voice, and his interpretations we see the Civil War era and its memory in a new light.