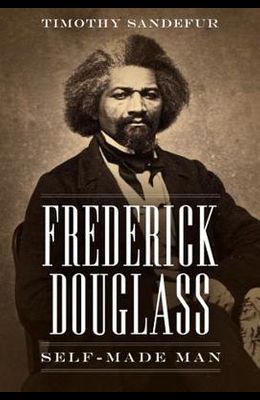 Born into slavery in 1818, Frederick Douglass rose to become one of the nation's foremost intellectuals--a statesman, author, lecturer, and scholar who helped lead the fight against slavery and racial oppression. Unlike other leading abolitionists, however, Douglass embraced the U.S. Constitution, insisting that it was an essentially anti-slavery document and that its guarantees for individual rights belonged to all Americans, of whatever race. Douglass spoke in his most popular lecture, Self-Made Men, of people who rise through their own effort and devotion rather than circumstances of privilege. If they have traveled far, they have made the road on which they have travelled. If they have ascended high, they have built their own ladder. In this fast-paced biography, lawyer and author Timothy Sandefur examines the life and ideas of the nation's foremost self-made man--from his horrific experiences in slavery and his heroic escape to his eloquent demands for equal treatment by the federal government and his later career as statesman and intellectual. Throughout it all Douglass was guided by his belief in the sanctity of the individual. There is no Negro problem, Douglass insisted. The problem is whether the American people have honesty enough, loyalty enough, honor enough, patriotism enough, to live up to their own Constitution. Led by his dream of an America where all people would be free to make the most of themselves without hindrance, Douglass ultimately transformed the United States. As the nation pauses to remember Douglass on his bicentennial, Frederick Douglass: Self-Made Man gives us an insightful glimpse into the mind of one of America's greatest thinkers.