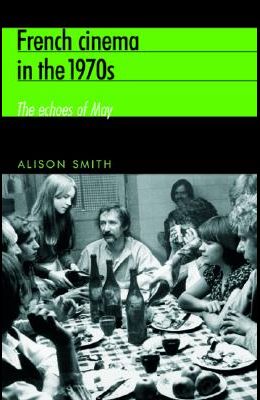 French Cinema in the 1970s: The Echoes of May

This book takes a new look at the French cinema of the 1970s, a decade too often neglected by French film studies. It takes as its starting point the debates which shook the world of French cinema in the immediate aftermath of May '68, and the calls which came from many directions for film-makers to rethink their manner of filming, their subject matter and their ideals. While it is often suggested that such calls came ot fruition only in a small and select body of avant-garde films, the focus of this book is the rethinking which took place throughout the wider spectrum of French production of the decade, giving rise to new genres and to re-formulations of older ones. With chapters on political thrillers, historical films, the new naturalism and Utopian fantasies, the book deals with a great variety of films, some well-known, some now rarely seen and ripe for rediscovery. Alison Smith concentrates partiuclarly on the extent to which film-makers' ideas and intentions are contained in or contradicted by their finished work, and how those ideas themselves gradually changed over the course of the decade. The final chapter is a detailed study of the work of two directors, both non-French but working in a French context: the American William Klein and the Swiss Alain Tanner. Both Klein and Tanner were deeply involved in the events and the debates of the 1970s, and they ar ehere taken as exemplary spokesemen for those changing debates as their echoes reached the cinema.