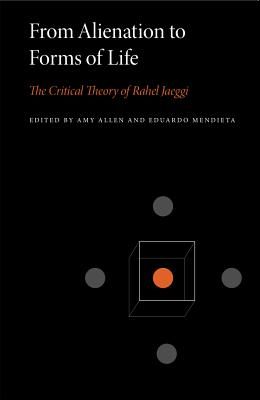 From Alienation to Forms of Life: The Critical Theory of Rahel Jaeggi

by
and Amy Allen and Eduardo Mendieta

The wide-ranging work of Rahel Jaeggi, a leading voice of the new generation of critical theorists, demonstrates how core concepts and methodological approaches in the tradition of the Frankfurt School can be updated, stripped of their dubious metaphysical baggage, and made fruitful for critical theory in the twenty-first century. In this thorough introduction to Jaeggi's work for English-speaking audiences, scholars assess and critique her efforts to revitalize critical theory. Jaeggi's innovative work reclaims key concepts of Hegelian-Marxist social philosophy and reads them through the lens of such thinkers as Adorno, Heidegger, and Dewey, while simultaneously putting them into dialogue with contemporary analytic philosophy. Structured for classroom use, this critical introduction to Rahel Jaeggi is an insightful and generative confrontation with the most recent transformation of Frankfurt School-inspired social and philosophical critical theory. This volume features an essay by Jaeggi on moral progress and social change, essays by leading scholars engaging with her conceptual analysis of alienation and the critique of forms of life, and a Q&A between Jaeggi and volume coeditor Amy Allen. For scholars and students wishing to engage in the debate with key contemporary thinkers over the past, present, and future(s) of critical theory, this volume will be transformative.