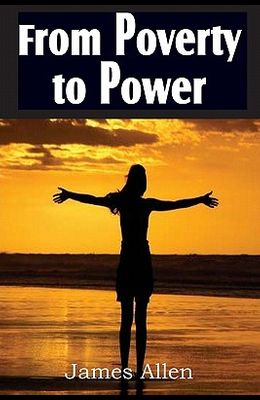 From Poverty to Power

From Poverty to Power was James Allen's first book, published in 1901. Also called The Realization of Prosperity and Peace in it, Allen describes this book as A Book for all those who are in search of better conditions, wider freedom, and increased usefulness. From Poverty to Power sketches a line of development along which each one person should work in order to accomplish the greatest amount of lasting good. Enduring success in any direction is shown to be the result of inward adjustment and growth. From Poverty to Power contains two sections, The Path to Prosperity and The Way of Peace. Each were later published as individual books. James Allen was a British philosophical writer known for his inspirational books and poetry and as a pioneer of self-help movement. Allen's practical philosophy for successful living has awakened millions to the discovery that they themselves are makers of themselves. Allen insists that it is within the power of each person to form his own character and create his own happiness.