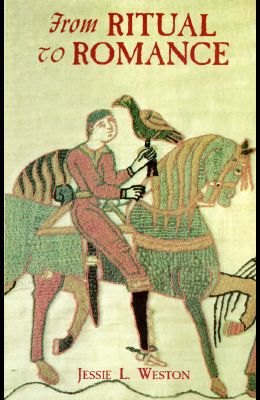 From Ritual to Romance

Acknowledged by T. S. Eliot as one of the chief sources for his great poem The Waste Land, Jessie L. Weston's From Ritual to Romance remains a landmark of anthropological and mythological scholarship. In this book she explores the origins of the Grail legend, arguing that it dates back to a primitive vegetation cult and only later was shaped by Celtic and Christian lore. To prove her thesis, Weston unites folkloric and Christian elements by using printed texts to prove the parallels existing between each and every feature of the legend of the Holy Grail and the recorded symbolism of the ancient mystery cults. Specifically, she finds the origin of the Grail legend in a Gnostic text that served as a link between such cults and later Celtic and Christian elaborations of the myth. With erudition and critical acumen, the author provides illuminating insights into diverse aspects of the legend: the task of the hero; the freeing of the waters; medieval and modern forms of nature ritual; the symbols of the cult (cup, lance, sword, stone, etc.); the symbolism of the fisher king; the significance of such deities as Tammuz, Adonis, Mithra, and Attis; the meaning of the adventure of the Perilous Chapel in Grail romances; and much more. Awarded the Crawshay Prize in 1920, this scholarly yet highly readable study will interest any student of the Arthurian legends, mythology, ancient religion, and Eliot's poetry.

From the Back Cover Acknowledged by T. S. Eliot as crucial to understanding 'The Waste Land, ' Jessie Weston's book has continued to attract readers interested in ancient religion, myth, and especially Arthurian legend. Here she reinterprets the saga of the Grail by exploring the legend's Gnostic roots.