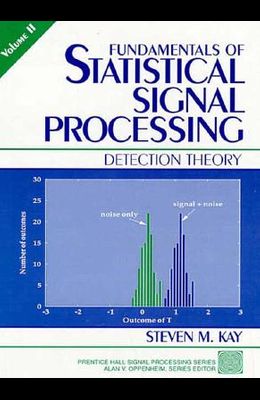 From the #1 publisher of signal processing books comes this comprehensive overview of signal detection. Extensive coverage is given of practical applications, including speech, communications, and radar/sonar. The book makes extensive use of MATLAB, and program listings are included wherever appropriate.

From the Back Cover The most comprehensive overview of signal detection available. This is a thorough, up-to-date introduction to optimizing detection algorithms for implementation on digital computers. It focuses extensively on real-world signal processing applications, including state-of-the-art speech and communications technology as well as traditional sonar/radar systems. Start with a quick review of the fundamental issues associated with mathematical detection, as well as the most important probability density functions and their properties. Next, review Gaussian, Chi-Squared, F, Rayleigh, and Rician PDFs, quadratic forms of Gaussian random variables, asymptotic Gaussian PDFs, and Monte Carlo Performance Evaluations. Three chapters introduce the basics of detection based on simple hypothesis testing, including the Neyman-Pearson Theorem, handling irrelevant data, Bayes Risk, multiple hypothesis testing, and both deterministic and random signals. The author then presents exceptionally detailed coverage of composite hypothesis testing to accommodate unknown signal and noise parameters. These chapters will be especially useful for those building detectors that must work with real, physical data. Other topics covered include: Detection in nonGaussian noise, including nonGaussian noise characteristics, known deterministic signals, and deterministic signals with unknown parameters Detection of model changes, including maneuver detection and time-varying PSD detection Complex extensions, vector generalization, and array processing The book makes extensive use of MATLAB, and program listings are included wherever appropriate. Designed for practicing electrical engineers, researchers, and advanced students, it is an ideal complement to Steven M. Kay's Fundamentals of Statistical Signal Processing, Vol. 1: Estimation Theory (Prentice Hall PTR, 1993, ISBN: 0-13-345711-7).