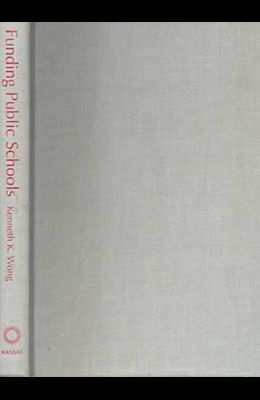 This book examines the fundamental role of politics in funding our public schools and fills a conceptual imbalance in the current literature in school finance and educational policy. Unlike those who are primarily concerned about cost efficiency, Kenneth Wong specifies how resources are allocated for what purposes at different levels of the government. In contrast to those who focus on litigation as a way to reduce funding gaps, he underscores institutional stalemate and the lack of political will to act as important factors that affect legislative deadlock in school finance reform. Wong defines how politics has sustained various types of rules that affect the allocation of resources at the federal, state, and local level. While these rules have been remarkably stable over the past twenty to thirty years, they have often worked at cross-purposes by fragmenting policy and constraining the education process at schools with the greatest needs. Wong's examination is shaped by several questions. How do these rules come about? What role does politics play in retention of the rules? Do the federal, state, and local governments espouse different policies? In what ways do these policies operate at cross-purposes? How do they affect educational opportunities? Do the policies cohere in ways that promote better and more equitable student outcomes? Wong concludes that the five types of entrenched rules for resource allocation are rooted in existing governance arrangements and seemingly impervious to partisan shifts, interest group pressures, and constitutional challenge. And because these rules foster policy fragmentation and embody initiatives out of step with the performance-based reform agenda of the 1990s, the outlook for positive change in public education is uncertain unless fairly radical approaches are employed. Wong also analyzes four allocative reform models, two based on the assumption that existing political structures are unlikely to change and two that seek to empower actors at the school level. The two models for systemwide restructuring, aimed at intergovernmental coordination and/or integrated governance, would seek to clarify responsibilities for public education among federal, state, and local authorities-above all, integrating political and educational accountability. The other two models identified by Wong shift control from state and district to the school, one based on local leadership and the other based on market forces. In discussing the guiding principles of the four models, Wong takes care to identify both the potential and limitations of each. Written with a broad policy audience in mind, Wong's book should appeal to professionals interested in the politics of educational reform and to teachers of courses dealing with educational policy and administration and intergovernmental relations.