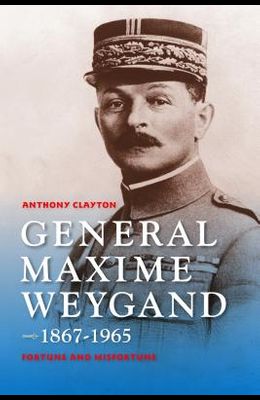 The career of the French general Maxime Weygand offers a fascinating glimpse into the perils and politics of military leadership and loyalty in the interwar years and after France's defeat in 1940. Of obscure birth, Weygand had an outstanding career during WWI as chief of staff for Marshal Foch and served France after the war in Poland and Syria before returning home. Alarmed by Nazi Germany's rearmament, Weygand locked horns with a political leadership skeptical of the growing military threat, leading to accusations that his desire for a strong army was anti-democratic. With German invaders again threatening Paris, Weygand argued for armistice rather than face certain military defeat. No friend of the newly-installed Vichy government, Weygand was soon shuffled off to North Africa, where he plotted the army's return to the Allied cause. After the German entry into Unoccupied France, Weygand was imprisoned. Released at war's end, he was rearrested on the orders of Charles de Gaulle and afterwards fought to restore his name. In this concise biography, Anthony Clayton traces the vertiginous changes in fortune of a soldier whose loyalty to France and to the French army was unwavering.

List of All Editions of General Maxime Weygand, 1867-1965: Fortune and Misfortune