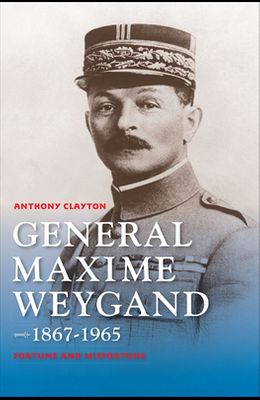 This lively biography of the French military commander chronicles his legendary and controversial career through WWI, WWII, and beyond. The extraordinary life of General Maxime de Nimal Weygand offers a fascinating glimpse into the perils and politics of 20th century French military leadership. From obscure origins, Weygand rose to a distinguished career as chief of staff for Marshal Foch during World War I and continued to serve his country after the war in Poland and Syria. Alarmed by Nazi Germany's prodigious rearmament, Weygand locked horns with politicians who were blind to the growing military threat. In fact, he faced accusations that his desire for a strong army was anti-democratic. With German invaders again threatening Paris, Weygand argued for armistice rather than face certain military defeat. During Nazi occupation, he was no friend of the newly-installed Vichy government, and was sent to North Africa. There, he plotted the army's return to the Allied cause and was imprisoned. Released at wars end, he was rearrested on the orders of Charles de Gaulle and afterwards fought to restore his name. In this concise biography, Anthony Clayton traces the vertiginous changes in fortune of a soldier whose loyalty to France and to the French army was unwavering.