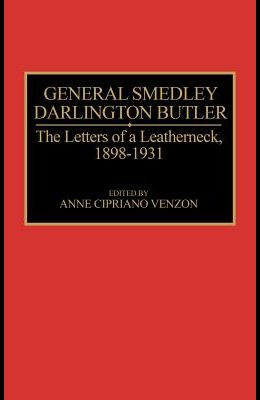 General Smedley Darlington Butler: The Letters of a Leatherneck, 1898-1931

Major General Smedley Darlington Butler was a maverick Marine, the emblem of the old corps, and one of the most controversial figures in Marine history. He was a high school dropout who became a major general; a Quaker and a devout family man who was one of the toughest of the Marines; an aristocrat who championed the common man; a leader who thought of himself as striving to help the oppressed of the countries he occupied as the commander of an imperial fighting force. This work is an annotated edition of his letters covering the period from Butler's commissioning as a Second Lieutenant in the U.S. Marine Corps to his retirement as a Major General. This is the first time the majority of these letters have been made public, and the book offers the reader a first-hand look at the motivations and attitudes of the American military as it implemented U.S. foreign policy at the turn of the century. There is extensive coverage of U.S. interventions in Nicaragua, Haiti, and China from a man on the scene, offering an immediate perspective to those events. General Butler won two Congressional Medals of Honor, as well as numerous other U.S. and foreign medals, including two Umbrellas of Ten Thousand Blessings from two Chinese cities--honors never before given to a non-Chinese. Military and diplomatic historians, as well as Marine and Navy enthusiasts, will find this superbly edited and annotated collection of interest and value.

List of All Editions of General Smedley Darlington Butler: The Letters of a Leatherneck, 1898-1931