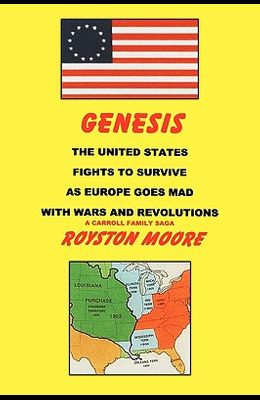 Love triumphs as the New United States fights to survive as Europe goes mad with wars and revolutions. This the fourth book in five covering the Carroll family saga of the Protestant family from Somerset and the older Roman Catholic family from Yorkshire. The new country having won its independence, the first to have a democratically elected President, instead of a King, trying to survive and prosper, attempting neutrality whilst the world falls into chaos, with thousands of new settlers arriving, attempting to escape from hell. Yet it is essentially a romantic story of love and lovers of new emigrants and those resident already here for many years, including those of the descendents of the various branches of the Carroll families. Yet still in danger of indian attacks as well as attacks from Europe even as they settle, whilst its size doubles in a single day by the Louisiana Purchase