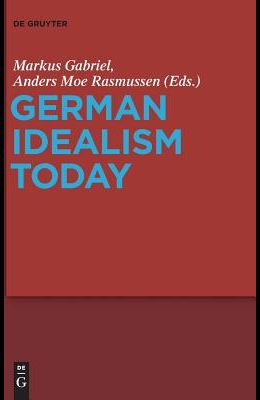 by
and Markus Gabriel and Anders Moe Rasmussen

This collection of essays provides an exemplary overview of the diversity and relevance of current scholarship on German Idealism. The importance of German Idealism for contemporary philosophy has received growing attention and acknowledgment throughout competing fields of contemporary philosophy. Part of the growing interest rests on the claim that the works of Kant, Fichte, Schelling, Hegel remain of considerable interest for cultural studies, sociology, theology, aesthetics and other areas of interest. In the domain of philosophy, the renaissance of innovative readings of German Idealism has taken scholarly debates beyond merely antiquarian perspectives. This renaissance has been a major factor of current efforts to bridge the gap between so-called analytic and so-called continental philosophy. The volume provides a selection of well-chosen examples of readings that contribute to systematic treatments of philosophical problems. It contains (among others) contributions by Markus Gabriel, Robert Pippin, Anders Moe Rasmussen, Sebastian R dl.