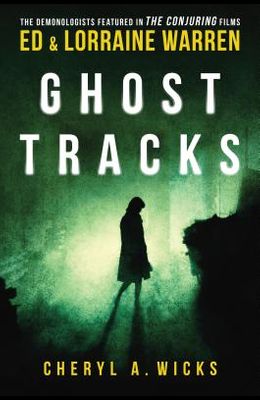 by
Wicks A Cheryl and Lorraine Warren and Ed Warren

From the front Cover Don't miss Ed & Lorraine Warren in the blockbuster Conjuring films.&#xd; Just beyond the shadows, in the twilight space between life and death, lies the place where ghosts, demons, and otherworldly horrors tread. For most people, this place is something to be encountered only in their worst nightmares, but for Ed and Lorraine Warren, it is home. &#xd; &#xd; As the founders of the New England Society of Psychic Research, the Warrens are the world's most renowned experts in the paranormal, investigating thousands of supernatural events in their long, spectacular careers. And now, in this remarkable book, their story can finally be told. From a murdered boy's terrifying unrest to the Amityville Horror, the Warrens use scientific rigor to investigate impossible claims. Like few others, they have an intimate understanding of evil-and a willingness to battle it wherever it rears its head. In the realm of the supernatural, Ed and Lorraine Warren understand that just because something is impossible doesn't mean it isn't true.