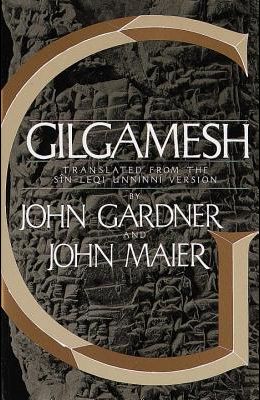 by
and John Gardner and John Maier
$3.88
Select Format

From the front Cover The story of Gilgamesh, an ancient epic poem written on clay tablets in a cuneiform alphabet, is as fascinating and moving as it is crucial to our ability to fathom the time and the place in which it was written. Gardner's version restores the poetry of the text and the lyricism that is lost in the earlier, almost scientific renderings. The principal theme of the poem is a familiar one: man's persistent and hopeless quest for immortality. It tells of the heroic exploits of an ancient ruler of the walled city of Uruk named Gilgamesh. Included in its story is an account of the Flood that predates the Biblical version by centuries. Gilgamesh and his companion, a wild man of the woods named Enkidu, fight monsters and demonic powers in search of honor and lasting fame. When Enkidu is put to death by the vengeful goddess Ishtar, Gilgamesh travels to the underworld to find an answer to his grief and confront the question of mortality.

What should you read after Gilgamesh? Here is a list of books to read if you read and loved Gilgamesh