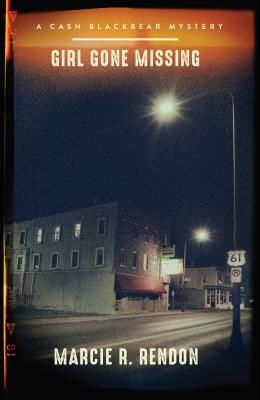 Author Marcie Rendon was the recipient of the 2020 McKnight Distinguished Artist award Nominee, Mystery Writer's of America-- THE G.P. PUTNAM'S SONS SUE GRAFTON MEMORIAL AWARD In The Margins Recommended Fiction Best Fiction of 2019 Her name is Renee Blackbear, but what most people call the 19-year-old Ojibwe woman is Cash. She lived all her life in Fargo, sister city to Minnesota's Moorhead, just downriver from the Cities. She has one friend, the sheriff Wheaton. He pulled her from her mother's wrecked car when she was three. Since then, Cash navigated through foster homes, and at 13 was working farms, driving truck. Wheaton wants her to take hold of her life, signs her up for college. She gets an education there at Moorhead State all right: sees that people talk a lot but mostly about nothing, not like the men in the fields she's known all her life who hold the rich topsoil in their hands, talk fertilizer and weather and prices on the Grain Exchange. In between classes and hauling beets, drinking beer and shooting pool, a man who claims he's her brother shows up, and she begins to dream the Cities and blonde Scandinavian girls calling for help. Marcie Rendon is a citizen of the White Earth Nation. Her novel, Girl Gone Missing , Cinco Puntos Press, is the second in the Cash Blackbear series. The first, Murder on the Red River (2017 Cinco Puntos Press) won the Pinckley Women's Debut Crime Novel Award, 2018. It was a Western Writers of America Spur Award Finalist 2018 in the Contemporary Novel category. Two nonfiction children's books are Pow Wow Summer (MN Historical Press) and Farmer's Market: Families Working Together (CarolRhoda). Rendon was recognized as a 50 over 50 Change-maker by MN AARP and POLLEN, 2018. With four published plays she is the creative mind of Raving Native Theater. She curates community created performance such as Art Is...CreativeNativeResilience which features three Anishinabe performance artists on TPT Public Television, June 2019. Diego Vazquez and Rendon received the Loft's 2017 Spoken Word Immersion Fellowship for their work with women incarcerated in county jails.