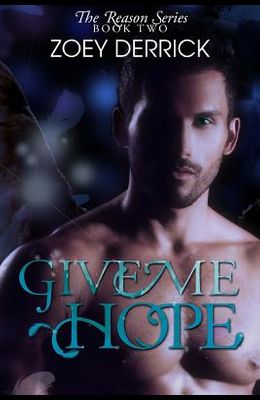 Give Me Hope - Reason Series #2

Book #2 in the Reason Series
by
Zoey Derrick

An Angel is he... From the first moment he saw her, MIKAH BLAKE was seized by an inexplicable need to protect Vivienne Callahan, a fragile but fiery young woman who's awakened a slumbering power within him. With his encouragement, Vivienne has begun to turn her life around, and things seem to be heading in the direction of a slow but certain happily-ever-after. But that happy ending is side tracked by a rising evil that is determined to destroy her. When her dark past comes back to claim her, Mikah is caught in a whirlwind of events that lead him down a path he was born into but never understood. Until now. Can Mikah save Vivienne? Will his love be enough? Will he be able to control his angelic powers and use them to protect his newfound love? ***Content Warning*** While this book does not have physical sexual acts involved, it does however have implied sexual acts, impending sexual acts, and serious discussion regarding past trauma to a PTSD Survivor.