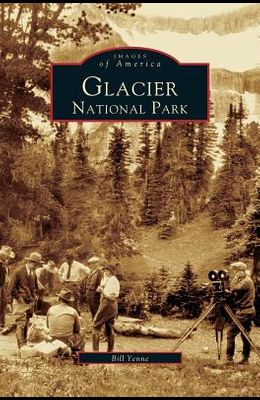 Part of the Images of America: Montana Series
by
Bill Yenne
$31.99
Select Format

Glacier National Park is a majestic million acres of towering mountains, ancient glaciers, and amazing biodiversity. Located astride both the Continental Divide and Hudson Bay Divide, Glacier contains Triple Divide Peak, the only point in North America from which the waters drain into three oceans. The land that George Bird Grinnell called the Crown of the Continent and that John Muir described as the best care-killing scenery on the continent has been delighting visitors since well before it was set aside as a park in 1910. Through the years, countless people have come to Glacier to hike its nearly thousand miles of trails, marvel at its unrivalled scenery, and drive the Going-to-the-Sun Road, America's most spectacular alpine highway. Glacier is also home to remote mountain chalets and magnificent grand lodges. While most national parks have a singular signature lodge, Glacier has three.

Images of America: Montana Series In Order - By Bill Yenne