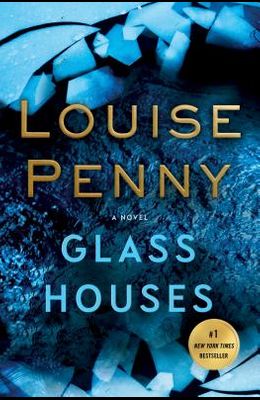 An instant New York Times Bestseller and August 2017 LibraryReads pick Penny's absorbing, intricately plotted 13th Gamache novel proves she only gets better at pursuing dark truths with compassion and grace. -- PEOPLE Louise Penny wrote the book on escapist mysteries. -- The New York Times Book Review You won't want Louise Penny's latest to end....Any plot summary of Penny's novels inevitably falls short of conveying the dark magic of this series.... It takes nerve and skill -- as well as heart -- to write mysteries like this. 'Glass Houses, ' along with many of the other Gamache books, is so compelling that, for the space of reading it, you may well feel that much of what's going on in the world outside the novel is 'just noise.' --Maureen Corrigan, The Washington Post When a mysterious figure appears in Three Pines one cold November day, Armand Gamache and the rest of the villagers are at first curious. Then wary. Through rain and sleet, the figure stands unmoving, staring ahead. From the moment its shadow falls over the village, Gamache, now Chief Superintendent of the S ret du Qu bec, suspects the creature has deep roots and a dark purpose. Yet he does nothing. What can he do? Only watch and wait. And hope his mounting fears are not realized. But when the figure vanishes overnight and a body is discovered, it falls to Gamache to discover if a debt has been paid or levied. Months later, on a steamy July day as the trial for the accused begins in Montr al, Chief Superintendent Gamache continues to struggle with actions he set in motion that bitter November, from which there is no going back. More than the accused is on trial. Gamache's own conscience is standing in judgment. In Glass Houses , her latest utterly gripping book , number-one New York Times bestselling author Louise Penny shatters the conventions of the crime novel to explore what Gandhi called the court of conscience. A court that supersedes all others.