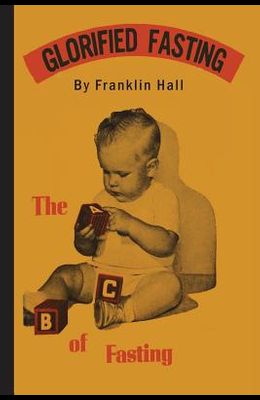 Glorified Fasting: The Abc of Fasting

2017 Reprint of 1948 Edition. Full facsimile of the original edition, not reproduced with Optical Recognition Software. Along with many others of the depression era healers, Franlin Hall grew up in rural poverty and was deeply religious. Initially he was with the Methodist church but their stance against healing forced him elsewhere. During the depression and World War II he travelled as an independent evangelist. In 1946, he published a brief book entitled Atomic Power with God through Prayer and Fasting. The book, which provided detailed information on the methods and benefits of fasting, was an immediate success and brought Hall considerable fame. According to Hall, all of the major evangelists began following his fasting regime and miracles erupted everywhere. Many observers of the early revival years agreed, as one said, Every one of these men down through the years followed Franklin Hall's method of fasting. Gloried Fasting further explores the significance of fasting for Christians and provides vivid testimonials from those transformed by their experiences with fasting.