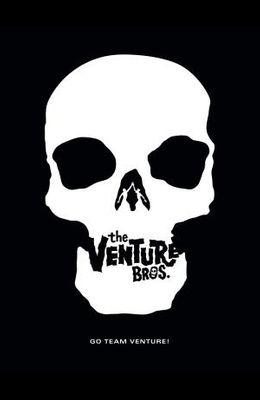 Go Team Venture!: The Art and Making of the Venture Bros.

This oversized book is the comprehensive companion to the art and making of the The Venture Bros. and includes a foreword by Patton Oswalt Ken Plume sits down with series creators Jackson Publick and Doc Hammer to have a conversation about the creation of every single episode through season six and much more. From the earliest sketches of Hank and Dean scribbled in a notebook, pitching the series to Cartoon Network's Adult Swim, learning the ins and outs of animation, character designs for each season, storyboards, painted backgrounds, behind-the-scenes recollections of how the show came together, it's all here. Features behind-the-scenes info and art covering every episode of all six seasons. Written by Venture Bros. creators Jackson Publik and Doc Hammer, with an introduction by Patton Oswalt. An all-encompassing look at the characters, art, history and influences of the beloved series. Never before seen Venture Bros. artwork

Books similiar to Go Team Venture!: The Art and Making of the Venture Bros.

List of All Editions of Go Team Venture!: The Art and Making of the Venture Bros.