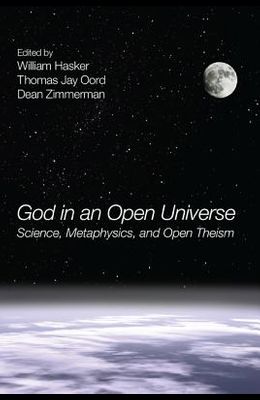 God in an Open Universe: Science, Metaphysics, and Open Theism

by
William Hasker and Thomas Jay Oord and Dean Zimmerman

Description: Since its inception, the discussion surrounding Open Theism has been dominated by polemics. On crucial philosophical issues, Openness proponents have largely been devoted to explicating the underlying framework and logical arguments supporting their perspective against competing theological and philosophical perspectives. As a result, very little constructive work has been done on the interconnections between Open Theism and the natural sciences. Given the central place of sciences in today's world, any perspective that hopes to have a broad impact must necessarily address such disciplines in a sustained and constructive manner. To date such engagements from the Openness perspective have been rare. God in an Open Universe addresses this deficiency. This book demonstrates that Open Theism makes a distinctive and highly fruitful contribution to the conversation and constructive work occurring between philosophy, theology, and the sciences. The various essays explore subjects ranging from physics to prayer, from special relativity to divine providence, from metaphysics to evolution, and from space-time to God. All who work at the intersection of theology and the sciences will benefit greatly from these essays that break new ground in this important conversation. Endorsements: These essays present what is, in my view, the most promising development in theological thinking in our time, and they do so in a way that is both scholarly and accessible. The book is a must for anyone interested in Christian faith and in science. -Keith Ward University of Oxford Open theists affirm the same openness of the future that religious believers assume when they pray and almost all humans assume when they act. The open future is intuitive; but can it be rigorously defended? God in an Open Universe shows that it can. Open theism has always been an attractive view of God; now it becomes a philosophically rigorous one as well. -Philip Clayton Claremont School of Theology About the Contributor(s): William Hasker is Profesor Emeritus of Philosophy at Huntington University. He is the author of numerous articles and five books, including The Emergent Self and The Triumph of God Over Evil. Thomas Jay Oord is Professor of Theology and Philosophy at Northwest Nazarene University. He is the author or editor of more than a dozen books, including Defining Love and Creation Made Free. Dean Zimmerman is Professor in the philosophy department at Rutgers, The State University of New Jersey. He is editor or co-editor of several books, including (with Peter van Inwagen) Persons: Human and Divine.