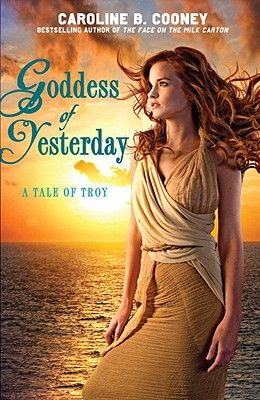 by
Caroline B Cooney
$3.88
Select Format

Anaxandra is taken from her birth island at age 6 by King Nicander to be a companion to his crippled daughter, Princess Callisto. Six years later, her new island is sacked by pirates and she is the sole survivor. Alone with only her Medusa figurine, she reinvents herself as Princess Callisto when Menelaus, great king of Sparta, lands with his men. He takes her back to Sparta with him where Helen, his beautiful wife, does not believe that the red-headed child is Princess Callisto. Although fearful of the half-mortal, half-goddess Helen, Anaxandra is able to stay out of harm's way--until the Trojan princes Paris and Aeneas arrive. Paris and Helen's fascination with each other soon turns to passion and plunges Sparta and Troy into war. Can Anaxandra find the courage to reinvent herself once again, appease the gods, and save herself? In Caroline B. Cooney's epic tale of one girl's courage and will to survive, Anaxandra learns that home is where you make it and identity goes deeper than just your name. From the Hardcover edition.