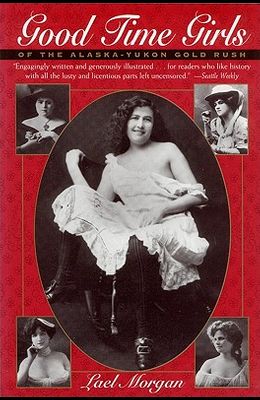 In the boomtowns of the Alaska-Yukon stampedes, where gold dust was common currency, the rarest commodity was an attractive woman, and her company could be costly. Author Lael Morgan takes you into the heart of the gold rush demimonde, that half world of prostitutes, dance hall girls, and entertainers who lived on the outskirts of polite society. Meet Dutch Kate Wilson, who pioneered many areas long before the respectable women who received credit for getting there first ... ruthless heartbreakers Cad Wilson and Rose Blumkin ... French Marie Larose, who auctioned herself off as a wife to the highest bidder, Georgia Lee, who invested her earnings wisely and became one of the richest women in the North, and Edith Neile, called the Oregon Mare, famous for both her outlandish behavior and her softhearted generosity.

From the Back Cover History has long ignored many of the earliest female pioneers of the Far North - the prostitutes and other disreputable women who joined the mass pilgrimage to the booming gold camps of Alaska and the Yukon at the turn of the century. Leaving behind their hometowns and most constraints of the post-Victorian era, the good time girls crossed both geographic and social frontiers, finding freedom, independence, hardship, heartbreak, adn sometimes astonishing wealth. These women posessed teh courage and perseverance to brave a dangerous journey of more than a thousand miles, into a harsh wilderness where men sometimes outnumbered them more than ten to one. Many of these women later became successful entrepreneurs, wealthy property owners, or the wives of prominent citizens; one former prostitute married the mayor of Fairbanks and hosted a visit from President Warren G. Harding. Their influence changed life in the Far North forever. Lael Morgan offers an authentic, sympathetic, poignant, and often deliciously humorous account of women wh were extraordinarily independent even by today's standards.