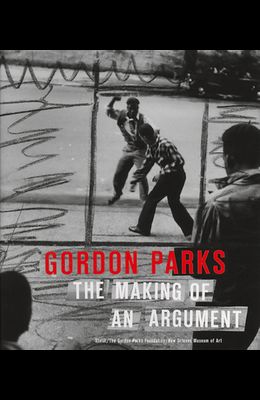 Gordon Parks: The Making of an Argument

In 1948, Gordon Parks began his professional relationship with Life magazine that would last 22 years. For his first project, he proposed a series of pictures about the gang wars that were then plaguing Harlem, believing that if he could draw attention to the problem then perhaps it would be addressed through social programs or government intervention. As a result of his efforts, Parks gained the trust of one particular group of gang members and their leader, Leonard Red Jackson, and produced a series of pictures of them that are artful, emotive, poignant, touching and sometimes shocking. From this larger body of work, 21 pictures were selected for reproduction in a graphic and adventurous layout in Life magazine. At each step of the selection process--as Parks chose each shot, or as the picture editors at Life re-selected from his selection--any intended narrative was complicated by another curatorial voice. Featuring contact sheets, proof prints and the published Life article, Gordon Parks: The Making of an Argument traces this editorial process and parses out the various voices and motives behind the production of the picture essay. Co-published by The Gordon Parks Foundation and the New Orleans Museum of Art.