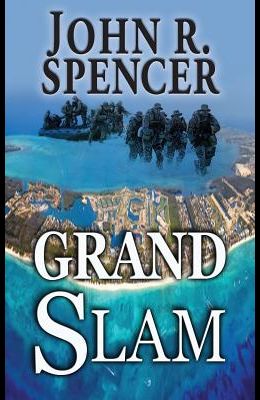 How Far Would You Go, And How Much Is A Friendship Worth? Kenny Hamilton, a wealthy descendant of U.S. founding father Alexander Hamilton, wants to create his own little empire and hatches a wild plan to capture a Caribbean paradise, The Cayman Islands. With spectacular dive sites and a heavenly climate, the Caymans are also famous for secret bank accounts and offshore tax shelters. But none of that interests Kenny. Wanting only power and prestige, he convinces his best friend Brad and his not-quite-yet-fiancE Traci to conspire with him to take over the islands, an operation he nicknames The Grand Slam. His plan, he promises, will be a home run. But pressures build, relationships fray, and the plan begins to spin out of control. Facing more than they bargained for, the lives of Kenny's band of mercenaries are about to change radically. Their outrageous plan winds up to a feverish pitch--then slams headlong into the wall of reality.