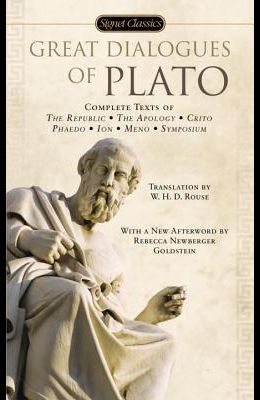 Plato is philosophy, and philosophy, Plato. --Emerson The Republic and other great dialogues by the immortal Greek philosopher Plato are masterpieces that form part of the most important single body of writing in the history of philosophy. Beauty, love, immortality, knowledge, and justice are discussed in these dialogues, which magnificently express the glowing spirit of Platonic philosophy. Translated by W. H. D. Rouse, one of the world's most outstanding classical scholars and translator of Homer's The Odyssey and The Iliad , this volume features the complete texts of seven of Plato's most revered works. In Rouse's pages Socrates' strength of mind, his dedication to philosophical truth, are borne in on the modern reader with something of the power that impressed and disturbed the ancient Greeks. -- Time