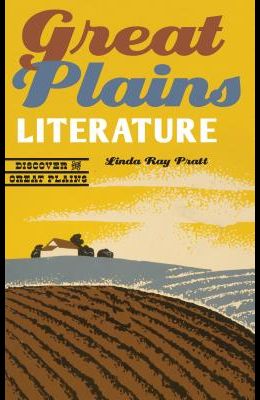 Great Plains Literature is an exploration of influential literature of the Plains region in both the United States and Canada. It reflects the destruction of the culture of the first people who lived there, the attempts of settlers to conquer the land, and the tragic losses and successes of settlement that are still shaping our modern world of environmental threat, ethnic and racial hostilities, declining rural communities, and growing urban populations. In addition to featuring writers such as Ole Edvart Rolvaag, Willa Cather, and John Neihardt, who address the epic stories of the past, Great Plains Literature also includes contemporary writers such as Louis Erdrich, Kent Haruf, Ted Kooser, Rilla Askew, N. Scott Momaday, and Margaret Laurence. This literature encompasses a history of courage and violence, aggrandizement and aggression, triumph and terror. It can help readers understand better how today's threats to the environment, clashes with Native people, struggling small towns, and rural migration to the cities reflect the same forces that were important in the past.