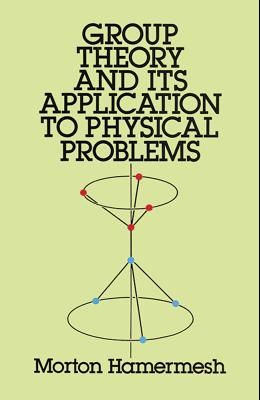 Group Theory and Its Application to Physical Problems

A remarkably intelligible survey . . . well organized, well written and very clear throughout. Mathematical Reviews This excellent text, long considered one of the best-written, most skillful expositions of group theory and its physical applications, is directed primarily to advanced undergraduate and graduate students in physics, especially quantum physics. No knowledge of group theory is assumed, but the reader is expected to be familiar with quantum mechanics. And while much of the book concerns theory, readers will nevertheless find a large number of physical applications in the fields of crystallography, molecular theory, and atomic and nuclear physics. The first seven chapters of the book are concerned with finite groups, focusing on the central role of the symmetric group. This section concludes with a chapter dealing with the problem of determining group characters, as it discusses Young tableaux, Yamanouchi symbols, and the method of Hund. The remaining five chapters discuss continuous groups, particularly Lie groups, with the final chapter devoted to the ray representation of Lie groups. The author, Professor Emeritus of Physics at the University of Minnesota, has included a generous selection of problems. They are inserted throughout the text at the place where they naturally arise, making the book ideal for self-study as well as for classroom assignment. 77 illustrations. A very welcome addition to the] literature. . . . I would warmly recommend the book to all serious students of Group Theory as applied to Physics. Contemporary Physics. Index. Bibliography. Problems. Tables.