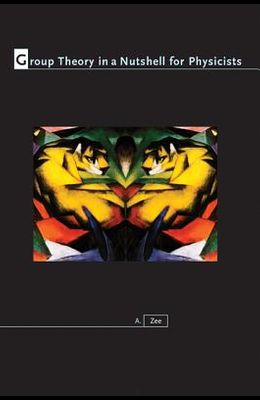 Group Theory in a Nutshell for Physicists

A concise, modern textbook on group theory written especially for physicists Although group theory is a mathematical subject, it is indispensable to many areas of modern theoretical physics, from atomic physics to condensed matter physics, particle physics to string theory. In particular, it is essential for an understanding of the fundamental forces. Yet until now, what has been missing is a modern, accessible, and self-contained textbook on the subject written especially for physicists. Group Theory in a Nutshell for Physicists fills this gap, providing a user-friendly and classroom-tested text that focuses on those aspects of group theory physicists most need to know. From the basic intuitive notion of a group, A. Zee takes readers all the way up to how theories based on gauge groups could unify three of the four fundamental forces. He also includes a concise review of the linear algebra needed for group theory, making the book ideal for self-study. Provides physicists with a modern and accessible introduction to group theory Covers applications to various areas of physics, including field theory, particle physics, relativity, and much more Topics include finite group and character tables; real, pseudoreal, and complex representations; Weyl, Dirac, and Majorana equations; the expanding universe and group theory; grand unification; and much more The essential textbook for students and an invaluable resource for researchers Features a brief, self-contained treatment of linear algebra An online illustration package is available to professors Solutions manual (available only to professors)

From the Back Cover Zee's lovely book on the theory of group representations is comprehensive and complete, both from the mathematical and physical points of view. While it doesn't discuss the representations of the symmetric groups, the book's got almost everything on the mathematical side, including roots and weights in the theory of compact Lie groups. The physics applications are mainly from high energy physics but also include some from chemical and condensed matter physics. Clearly written, this book makes an ideal text for a graduate course in physics on the subject. --Barry Simon, California Institute of Technology This excellent book stands out by its clarity of presentation. --Eugene Demler, Harvard University This is an ambitious book. Zee brings together a lot of material not easily found in one place. --Savdeep S. Sethi, University of Chicago Group Theory in a Nutshell for Physicists fills a gap in the market. Zee turns group theory into a less intimidating topic. --Katrin Becker, Texas A&M University