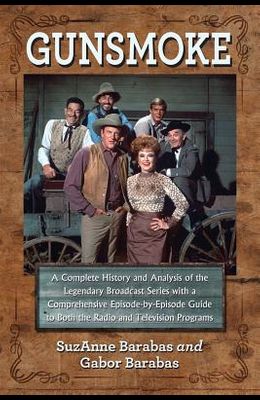 Gunsmoke 2 Volume Set: A Complete History and Analysis of the Legendary Broadcast Series with a Comprehensive Episode-By-Episode Guide to Bot

by
Suzanne Barabas and Gabor Barabas