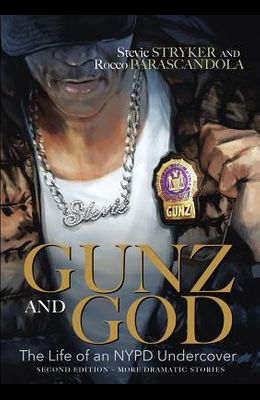 Gunz and God: The Life of an NYPD Undercover

This is the real-life story of Stevie Stryker, who grew up in a tough Brooklyn neighborhood, then became an NYPD undercover - Stevie Gunz, his fellow officers called him. He locked up countless bad guys using his biggest asset, his ability to talk. It's a skill he learned as a kid in church, where he listened, not always willingly, as his father, a strict Pentecostal minister, held sway with his mesmerizing sermons. But Stryker broke his father's heart, joining the Marines instead of heading right to college. After retiring from the NYPD due to a debilitating illness, he paid his father the biggest compliment he could, becoming a minister and preaching the word of God. The New York Times calls Gunz and God an audacious autobiography filled with rollicking capers, which read like TV scripts.

Books similiar to Gunz and God: The Life of an NYPD Undercover

List of All Editions of Gunz and God: The Life of an NYPD Undercover