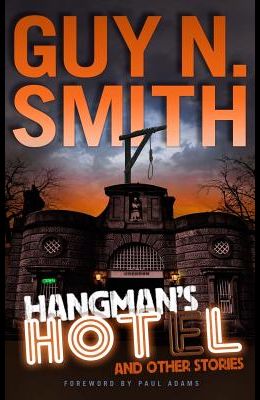 Hangman's Hotel And Other Stories

Guy N. Smith began writing short stories at the age of 12. Best known for over 100 novels including 'Night of the Crabs', its six sequels, and his Sabat psychic detective series, he has penned numerous shorts over the past sixty years. This selection includes both a new Crabs and a Sabat story. Many have a supernatural theme incorporating the author's own brand of horror. Guy has experienced the paranormal on several occasions over the years. Guy N. Smith was born in Staffordshire but later moved with his wife, Jean, and four children to a remote area of the Shropshire/Welsh border hills where he still lives. Several of his novels are set in this location which inspires themes of werewolves, vampires and other mythical creatures of the dark forest.