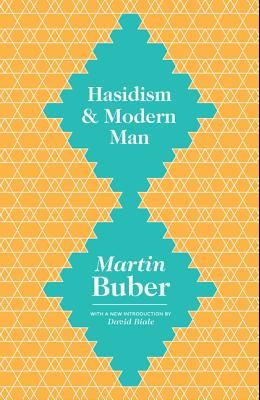 by
Martin Buber and Maurice Friedman and David Biale

Hasidism, a controversial, mystical-religious movement of Eastern European origin, has posed a serious challenge to mainstream Judaism from its earliest beginnings in the middle of the eighteenth century. Decimated by the Holocaust, it has risen like a phoenix from the ashes and has reconstituted itself as a major force in the world of ultra-Orthodox Judaism. Philosopher Martin Buber found inspiration in its original tenets and devoted much of his career to making its insights known to a wide readership. First published in 1958, Hasidism and Modern Man examines the life and religious experiences of Hasidic Jews, as well as Buber's personal response to them. From the autobiographical My Way to Hasidism, to Hasidism and Modern Man, and Love of God and Love of Neighbor, the essays span nearly half a century and reflect the evolution of Buber's religious philosophy in relation to the Hasidic movement. Hasidism and Modern Man remains prescient in its portrayal of a spiritual movement that brings God down to earth and makes possible a modern philosophy in which the human being becomes sacred.